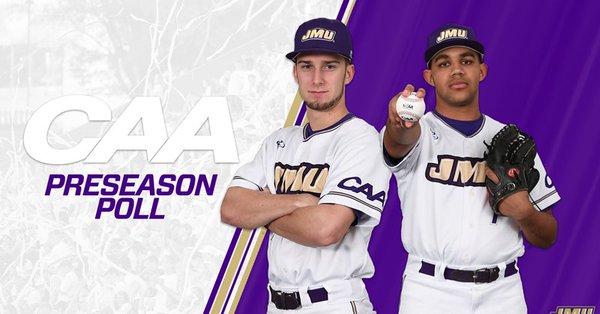 JMU baseball hasn’t won 30 games since the 2011 season. After years of reasonable success, the program desperately needs a good season.

The Dukes aren’t attracting a major crowd, and they’re not creating much buzz on campus or among alumni. The team’s 2018 home opener on a Friday night in February drew a shade over 400 fans, but the home finale on a Sunday afternoon in May brought in just 352 supporters.

With football, the soccer programs, women’s basketball, softball and lacrosse all finding tremendous success, the baseball team remains stuck in neutral. Can this be the year JMU baseball takes a leap forward? As Marlin Ikenberry enters his fourth season, it’s time for the Dukes to improve.

JMU isn’t expected to take a major leap forward this season, at least according to the CAA preseason projected order of finish.

No JMU players made the All-CAA Preseason Team. Two Dukes earned honorable mention honors, but the Dukes were largely ignored in the preseason projections. Here’s the good news: The Dukes are young. Of JMU’s 36 players, only five are seniors.

The Dukes need better pitching in 2019 if they want to win 30 games. JMU ranked sixth in the CAA in 2018 in team ERA with a 3.91 mark. The College of Charleston led the conference with a 3.02 ERA. Increased consistency from the pitching staff would go a long way toward making the Dukes a CAA contender.

JMU’s pitching staff hasn’t been abysmal — it’s been mediocre. Can the Dukes take a step forward on the mound in 2019?

Statistically speaking, they should. JMU returns eight of its nine top pitchers in terms of innings pitched. Colton Harlow, who led the team with 75 1/3 innings pitched, graduated from the program, but the other returners all have experience. Junior Kevin Kelly is expected to lead the staff after a tremendous summer in the Cape Cod league.

Assuming its pitchers improve upon last season’s individual numbers, the Dukes look to have a good group of arms.

Much like the team’s pitching, the Dukes haven’t been that bad the last few years — they’ve just been average. That might change in 2019.

The team’s top-three hitters in terms of batting average all return in 2019, and two of them are sophomores. Fox Semones, the third, is a junior. The team will miss the power and average of Adam Sisk, but the Dukes have some exciting young pieces capable of making a mark in the CAA. Expect JMU to be a little inconsistent offensively with so many young pieces, but the bright spots should shine extremely bright.

Kevin Kelly – The Dukes need to pitch better, and Kelly is the team’s best pitcher. It’ll take a team effort to improve, but the rising junior needs to lead the pitching staff.

Josh Jones – The rising sophomore made the All-CAA Rookie Team as a freshman, and he has the potential to take a jump forward. A year after batting .296 and stealing 10 bases on 11 attempts, Jones is ready to become one of the CAA’s top players for years to come.

Fox Semones – Already one of the CAA’s better players, Semones needs to step up as the lineup’s leader. He started all 51 games last season and led the team with seven homers. He’s been great for two seasons in Harrisonburg. If the Dukes want to win 30+ games, Semones needs to become a First-Team All-CAA caliber player.

We won’t go through all 56 games, but we’ll take a brief look at the non-conference and CAA outlooks.

The Dukes have 32 non-conference games, and they don’t appear to be overly difficult. The schedule poses challenges — see Louisville and Cal State Fullerton — but matchups with teams like Norfolk State and Fairfield aren’t particularly tough.

Non-conference games against teams like Virginia and Maryland
mixed into the conference season are good tests and serve as an interesting break from the grind of conference play. I like JMU to go roughly .500 against non-conference teams.

The 24-game CAA schedule is standard. The conference has quality at the top with Elon, Northeastern and UNCW. The bottom three teams of William & Mary, Hofstra and Towson are really bad. The Dukes have a chance to compete with the upper echelon of the CAA, while dominating the bottom teams. I like JMU to finish with a slightly above .500 CAA record.

JMU’s floor this season is 20 wins. If the team struggles to develop and players regress in their second or third seasons, there’s a chance this spring turns sour and the Dukes only win 20. On the other hand, if the Dukes click on all cylinders and find consistent pitching, 40 wins isn’t entirely out of the question. I see the Dukes falling in between their floor and ceiling and going 32-24 in the regular season.

JMU finally gets over the 30-win hump, and the Dukes’ youngsters show promise. It’s not an incredible season, but it’s a good year. JMU puts itself in position to have a special 2020 season.

If you’re looking for a storyline to watch, follow JMU’s stats relative to CAA peers. The Dukes rank right around the middle of nearly every pitching and hitting category. Can JMU finally take a step above mediocrity under Ikenberry?