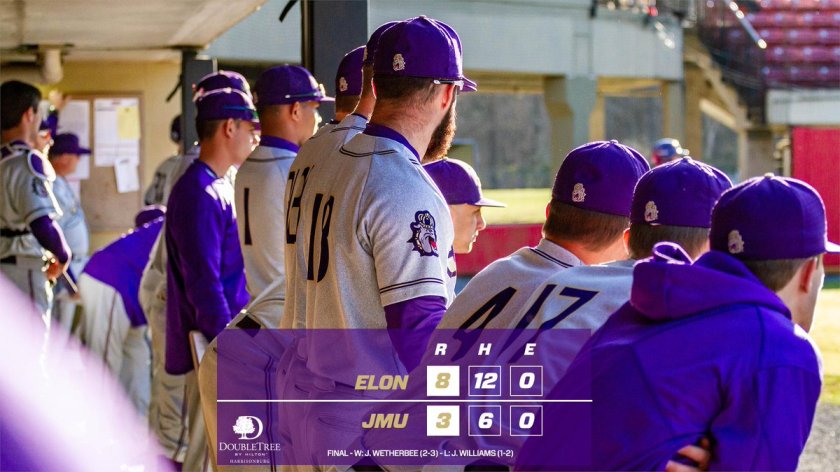 Not a great weekend – Elon is the better team, but the Dukes (18-11, 2-4 CAA) could’ve stolen a game from the Phoenix. Instead, JMU left North Carolina with three losses.

Game 1 – Elon beat JMU 5-4. This was arguably the Dukes’ best chance to steal a game. The Dukes led 3-0 and had Kevin Kelly on the mound before he ultimately allowed five unanswered runs. JMU scored late to cut into the lead, but it couldn’t tie things up.

Game 2 – Elon beat JMU 3-1. Neither team scored after the fourth inning. It was a pitcher’s duel and JMU came out on the wrong side. George Kirby, one of Elon’s stud pitchers, threw a complete game and struck out eight Dukes.

Game 3 – Elon beat JMU 8-3. Not much went JMU’s way in this one. Elon held a 7-2 lead after five innings, and the Dukes never really threatened to get back into the game.