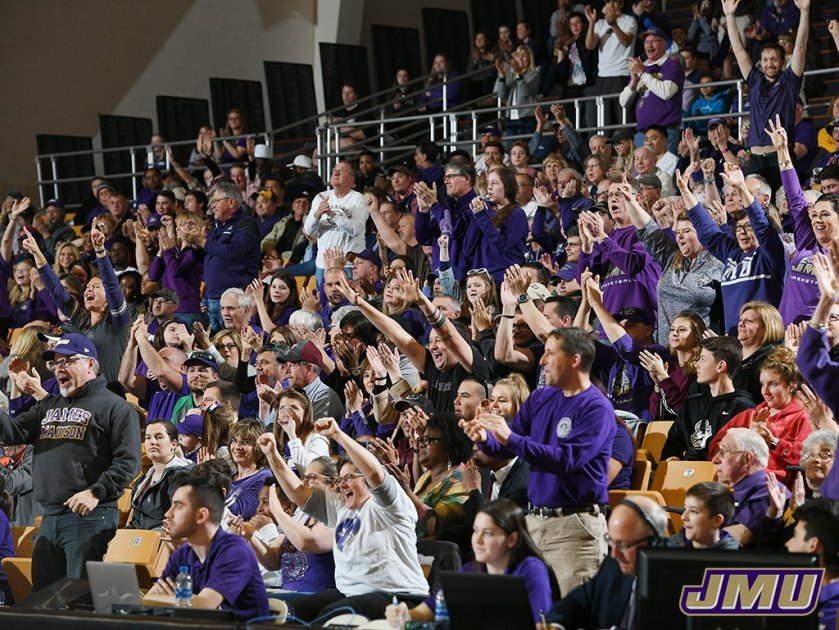 Wins over Virginia Tech and Georgetown moved JMU women’s basketball (29-5) into the WNIT Final Four. Kamiah Smalls looks sharp after missing two games with a finger injury. The defense continues to remain one of the country’s top units statistically, and the entire team appears committed to the idea of winning a WNIT title.

The Final Four features JMU, Northwestern, Arizona and TCU. First up for JMU: Northwestern. The Wildcats come to Harrisonburg for what is likely to be a defensive showdown, as both teams allow fewer than 60 points per game. A win sends JMU to the WNIT Championship, while a loss ends the season and the careers of Aneah Young and Logan Reynolds. A win also secures JMU a program-record 30 victories. This game matters.

For those tuned into the CAA women’s basketball landscape, it can be difficult to know what to expect from middle-of-the-pack Power 5 teams. Luckily, we’ve done some digging and are here to provide a quick scouring report on the Wildcats. For Northwestern, fans should expect a slow-paced style with an emphasis on defense. Despite impressive size, Northwestern doesn’t bring anything to the table that the Dukes can’t handle. JMU possesses all the tools to win this game and play for a WNIT title on Saturday. Here are the keys to Wednesday’s game with the Wildcats.

I shared this as a key to the Virginia Tech game, and I believe it’ll be critical against Northwestern as well. JMU has won 31 consecutive home games, while Northwestern is just 7-7 on the road this season. The Wildcats have 28 true road wins in the past five seasons combined. Winning a game in the Convocation Center won’t be easy.

In two road WNIT games this season, Northwestern has faced crowds of 1,879 and 1,314. JMU drew crowds of 2,872 (Virginia Tech) and 2,074 (Georgetown) in its previous two games. Northwestern will likely face a crowd of about 2,000 rowdy JMU fans. The pep band makes an impact, and Northwestern’s players are going to have to face an engaged JMU team that feeds off the electric atmosphere. The Dukes are better at home, Northwestern plays worse away from home, and the crowd is going to be in a frenzy. That’s a great combination for JMU.

The senior point guard is playing like she never wants her JMU career to end. In fairness, she always plays like that, but she’s been fantastic in the past few games. While she doesn’t always show up with huge games in the stat sheet, Reynolds is the heart and soul of this JMU roster. Her defensive energy and leadership help steer JMU in the right direction. When Madison Green was lighting up Georgetown in the second half of the WNIT Quarterfinal, Reynolds might have been the most excited person in the building. She’s not worried about stats or playing time, but rather the success of her team.

Reynolds has the ability to set the tone against Northwestern. Of the nine guards on the Wildcats’ roster, only two are upperclassmen. Of those two, both are juniors.

Reynolds and Aneah Young will be the only senior guards on the court Wednesday night. As the WNIT winds down, the pressure increases. Everyone wants to end their season with a championship and nerves play a factor in early April. Don’t expect Logan Reynolds to blink.

With her defensive pressure and energy, she has the chance to rattle Northwestern’s backcourt, including sophomore guard Lindsey Pulliam, who leads the team in scoring. Reynolds probably won’t score 15+ points, but that’s not her role. Her job is to facilitate the offense, bring energy and play suffocating defense. Reynolds plays a key role in JMU’s success, and she’ll set the tone against Northwestern. If she energizes the crowd with her effort and energy, it could send a shock into a Northwestern team with only one senior on its roster.

Northwestern ranks second in the Big Ten in points allowed per game at 59.3 per contest. Paired with its dead-last ranking in the conference in three-point shots made per game, it’s clear how Northwestern wins games. As much as the Wildcats love low-scoring affairs, the Dukes might love them even more — JMU held its opponent under 60 points in 29 of its 34 games.

Don’t expect much scoring from either team, which means the game will likely be close late. With both teams playing good defense, a blowout isn’t likely, although the Dukes might have more firepower from beyond the arc with Kamiah Smalls and Jackie Benitez. Regardless, it’s hard to imagine this game getting into the 70s. With a game in the 50s or 60s likely coming, the fourth quarter will prove critical.

The Wildcats have actually trailed in each of their last three WNIT wins. Three games ago against Toledo, Northwestern outscored the Rockets 19-9 in the fourth quarter to win 54-47. Two games ago against West Virginia, the Wildcats outscored the Mountaineers 15-7 in the final period to win 56-54. Last time out against Ohio, Northwestern used a 20-9 fourth quarter to win 61-58. Given the recent wins, it’s a bit surprising Northwestern is even here. The Wildcats have needed amazing fourth-quarter performances just to advance. Despite shaky play in the early quarters, they deserve credit for playing well enough late to advance. The team fights hard.

Both teams play defense well, and both teams excel in the fourth quarter. That’s a recipe for an exciting WNIT Semifinal. Look for Logan Reynolds and the energy of the Convocation Center to play a pivotal role, especially early in the game. If the Dukes follow their senior leader and home crowd to an early lead, it could put Northwestern into yet another fourth-quarter hole.

Will the Wildcats be able to survive and advance one more time, or will Reynolds and the Dukes end their season with an appearance in the WNIT Championship?