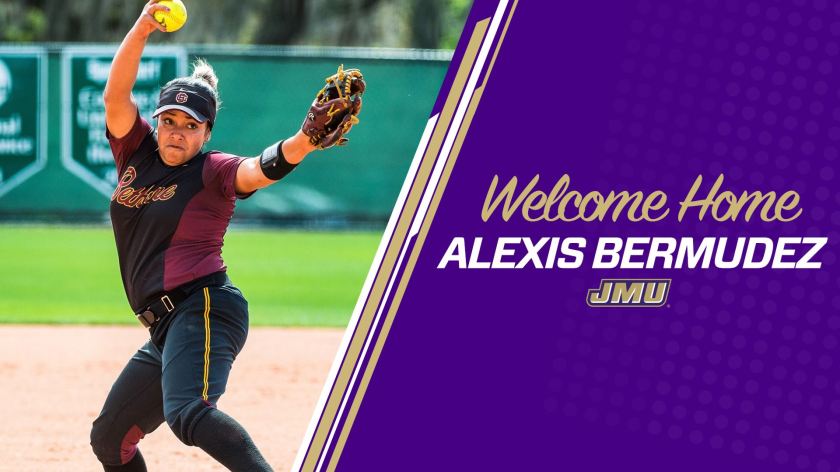 JMU softball announced the addition of rising junior pitcher Alexis Bermudez on Wednesday. Bermudez comes to JMU from Bethune-Cookman, where she was the 2019 MEAC Pitcher of the Year.

This news comes just over a month after the Dukes added Mississippi State transfer Kayla Boseman, who is also a pitcher. With Payton Buresch leaving for Ohio State, the Dukes needed to add an arm behind Odicci Alexander. The Dukes added two.

While the MEAC is far from the toughest softball conference, Bermudez comes to JMU as a promising pitcher. She’s tossed 370 1/3 innings through two college seasons and has a career ERA below 3.50. If she comes to JMU and posts a 3.50 ERA, her W-L record will look far better than 15-22.

JMU fans should be most excited by Bermudez’ growth from her freshman to sophomore season.

Ignore the overall record, as it means almost nothing. The ERA is more or less the same, but her WHIP, K/7 and B/AVG all improved dramatically. Those are critical stats. College softball pitchers succeed the most when they strike batters out, and Bermudez showed a dramatic increase in strikeout frequency this past season. She even posted three games with at least nine strikeouts.

Opponents went from batting nearly .300 against her as a freshmen to .233 as a sophomore. She allowed significantly fewer walks and hits per inning as well. She’s growing as a pitcher.

These stats show me that Bermudez is coachable. She’s clearly talented and showed signs of improvement throughout her sophomore season. JMU offers an elite coaching staff, and Bermudez will practice against one of the best lineups in college softball once she joins JMU. She’s also going to practice side-by-side with Alexander and Boseman, two elite pitchers. She’s going to keep getting better, which is a scary proposition for CAA opponents.

I expect Bermudez to be JMU’s third pitcher. Odicci Alexander is the clear ace, and I think Kayla Boseman’s talent and SEC experience puts her at the No. 2 spot in the rotation. Bermudez takes the No. 3 pitching position this year, which is an important spot.

When JMU makes the postseason, the Dukes are going to ride Odicci Alexander. She’s their ace, and one of the best pitchers in the country. While I wouldn’t be surprised to see Boseman worked into NCAA Tournament games, Alexander is going to carry the Dukes throughout the NCAA Tournament. That’s only possible, however, if Alexander enters the postseason fresh. Boseman, and now Bermudez, are key to that plan.

Look for Bermudez to eat up innings against easier nonconference foes and CAA squads. While starting over Alexander and Boseman might not happen much, Bermudez adds important depth at the pitching position. She’ll be available in relief or spot starting duty. She’s going to have much of this year to develop in the third pitching role before potentially taking on a larger role in 2021.

JMU fans should be excited by this signing. JMU added the reigning MEAC Pitcher of the Year, and she’ll likely be the Dukes’ third pitching option in 2020. That says a lot about the talent on this JMU roster. Bermudez has the opportunity to grow, while also contributing to a nationally ranked team. Both sides should be excited for the future.