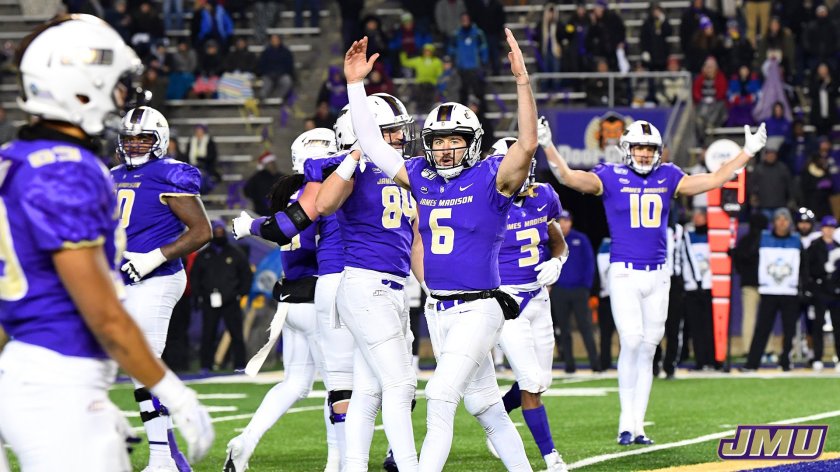 Both JMU and NDSU boast two of the best quarterbacks in the game. They’ll square off Saturday.

DiNucci’s story is different than that of Lance. DiNucci struggled at times in 2018, being benched on multiple occasions and throwing five interceptions in the season-ending loss to Colgate.

There was cautious optimism surrounding DiNucci heading into this season.

Lance also entered the year generating cautious optimism among fans. The redshirt freshman was clearly talented from his limited action in 2018 and his high school days, but he could he enter the fold and lead the Bison back to Frisco as a first-year starter?

Not only has Lance stepped up beautifully, he’s the most efficient passer at the FCS level and he hasn’t thrown an interception in 15 games.

Ben DiNucci answered his questions as well. He’s the second-most efficient passer in the country behind Lance, and he won CAA Offensive Player of the Year.

He’s excelled throwing the ball down the field this season, and his improved accuracy on deep throws has taken JMU’s offense to a new level this season.

Both quarterbacks are exceptionally accurate. DiNucci leads the nation in completion percentage (71.3%) and Lance ranks fourth (67.1%).

Lance, like DiNucci, also throws one heckuva deep pass. He’s accurate on the short and intermediate throws, but he can also hit deep throws to speedy receivers.

They’re also gifted on the ground.

Lance has 934 yards and 13 rushing touchdowns this year. DiNucci has 560 yards and seven touchdowns on the ground. Lance is the better downhill rusher without a doubt, although DiNucci is a slightly more gifted scrambler due to his shiftiness in the pocket.

When Lance gets the ball, he has some Tim Tebow in him. He’s not slow, but he’s also very willing to run over defenders. As he adds size and strength in future season, he’s only going to become a better power rusher.

DiNucci and Lance can run and pass and make spectacular plays.

Statistically, these are two of the best quarterbacks in the country. Saturday will be a treat for fans of good quarterback.

Great quarterbacks face great defenses Saturday on ABC when No. 1 and No. 2 square off. As FCS football fans, what more could we ask for?