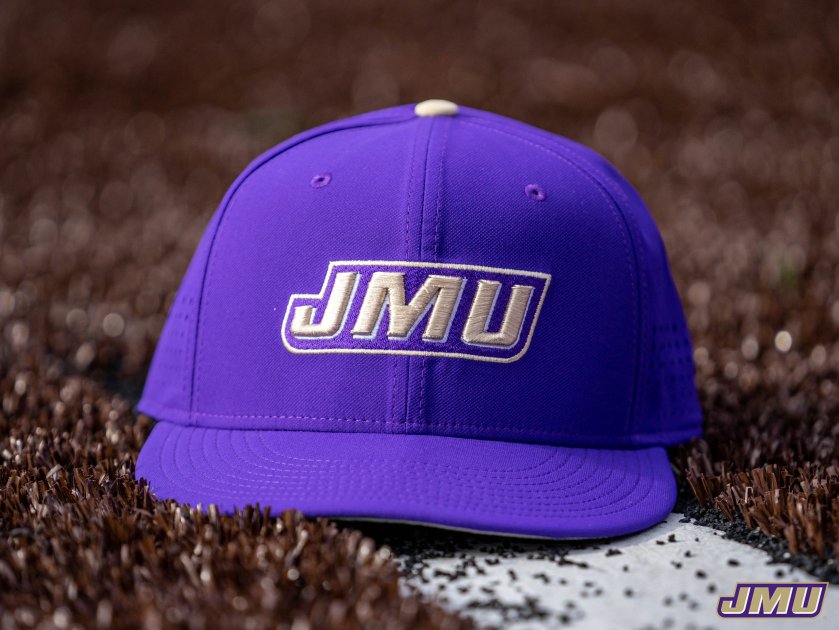 There was no easy weekend in the CAA last year, a conference that featured a record 44 MLB draft picks, but the Dukes were able to fight their way into the CAA tournament and give themselves an opportunity to secure a CAA title in front of a home crowd at Veterans Memorial Park.

JMU may have been eliminated quickly after dropping its first two games of the CAA tournament, but overall, 2019 was a successful season and one that leads to a lot of optimism heading into 2020. A quick look at the overall record may show another small step forward, but if you take a deeper look into the program, you see the framework in place for long term team success. Not many college programs can say they had four players from their pitching staff drafted by MLB teams last season, and a fifth go pro via the Independent ball route.

After winning 42 games and capturing an NCAA Regional birth in 2011, the Dukes won a total of 76 games over the next four seasons (just 19 per season). When Ikenberry and his staff came to Harrisonburg, they were given a team coming off an 18-33 season and a roster that featured elite talent but produced very little in terms of positive results. Since then, Ikenberry’s team has been trending up, increasing their overall winning percentage each season.

The 2019 Diamond Dukes finished 31-26, the first winning season since 2011. A pitching staff consisting of four MLB-caliber arms (Kevin Kelly, Shelton Perkins, Dan Goggin, and Nick Robertson), led the CAA in ERA (3.69), shattered the school record for strikeouts in a season with 553, and limited opponents to a .233 average.

We also saw the emergence of an impressive freshman class at the plate, led by Tre Dabney and his team-leading .306 average and .457 on-base percentage and Kyle Novak, who hit .303 in 55 games and struck out just 18 times.

Expectations are higher than they have been in nearly a decade for this team and now in year five with this coaching regime leading the way, it’s time to get back to postseason play.

When shortstop Nick Zona went down to injury mid-season, he was leading the team with a .337 batting average, owned a .387 on-base percentage, and caused disruption on the basepaths with nine stolen bases. More importantly, he’s one of the top defensive shortstops in the CAA. His injury had a ripple effect on defense as Fox Semones was forced back into the infield and multiple true freshmen had to learn on the fly in the outfield. Zona is back and showed off his bat, glove, and advanced approach to the game in the Fall World Series.

The Dukes will see another infielder return in 2020, Josh Jones. Jones did not appear on the roster last season due to grades, but he made his return in the Fall World Series and put together a handful of veteran at-bats. As a freshman in 2018, Jones finished second on the team in batting average (.296), doubles (11), and stolen bases (10). It’s already been reported that Jones will team up with Zona to lock down the left side of the infield, pushing Dabney to the outfield where his athleticism and big arm should play well.

Lastly, a fully healthy Conor Hartigan can add a new dynamic to the lineup. Hartigan took the long way to JMU but had immediate success as a freshman. He hasn’t been healthy the last two seasons and the Dukes have greatly missed his bat. His powerful bat and strong outfield arm can take this lineup to another level. If he’s healthy in 2020, Conor Hartigan will become one of the more dangerous players in the CAA.

Kyle Hayes leading from behind the plate

A great way to find success as a team is to have strength up the middle. An elite defender and field general in center field, combined with a strong double play combo in the infield, and a smart catcher who knows his pitching staff will go a long way. The Dukes have all of this. It’s time to show Kyle Hayes the love he deserves.

The bat isn’t sexy, but that’s ok. Hitting .227 with just two extra-base hits last season, Hayes is a key situational hitter for the Dukes and his .364 OBP and low strikeout totals are instrumental in generating production.

Hayes threw out 48% of would-be base stealers last season, didn’t commit a single error, and can control a game from behind the plate as well as any backstop in the CAA. Unfortunately, we don’t have access to numbers that actually give us notable details about a player, like pitch framing metrics for catchers, but I’d imagine Hayes ranks up there with some of the best in these categories.

Can the pitching staff reload?

Kevin Kelly, Shelton Perkins, and Nick Robertson were poised to lead one of the top pitching staffs in the entire country in 2020, but the growing number of MLB scouts visiting JMU took notice. All three were drafted in last year’s MLB draft, foregoing their final seasons in Harrisonburg for professional baseball. Can the Dukes replace 220 strikeouts and three of the biggest work horses on the staff?

Nick Stewart led all starters with a 2.74 ERA and .220 average against last season and is likely to become the Friday night starter. Listed at 6’5” and 220 pounds, Stewart is a big, powerful righty with the ability to pile up the strikeouts. He gave up just two home runs in 72 innings last season. Stewart will be adding his name to the list of former Diamond Dukes pitching in pro ball in the near future.

Justin Showalter and Michael Bechtold are favorites to start a large number of games behind Stewart. Their growth and development in 2020 is vital to a deep run. The two juniors started mid-week games last season and have made big strides since first stepping onto campus.

Brett Ayer, one of the top relief arms in the country, returns to the bullpen for his senior season. Ayer is 6-3 with a 1.78 ERA, a .162 average against, and 83 strikeouts in 55 career innings pitched.

There are questions surrounding the pitching staff, but the CAA-leading numbers weren’t a product of just one or two pitchers stepping up and dominating, it was a complete team effort. Don’t bet against the ability of this coaching staff and the talent up and down the pitching roster.

Road Dukes need to show up

Baseball America recently predicted UNCW, Northeastern, Charleston, William and Mary, and Elon to finish 1-5, with the Dukes slotting in sixth in the conference. Of the 18 games against those teams, 15 will take place at Veterans Memorial Park, where JMU has recruited a team suited for the quirks and fast-paced play of their home turf. A strong presence on the road will go a long way in securing a higher seed in the CAA tournament, if this team can continue to perform at home.

Beating the best to be the best

For the last few seasons, the CAA has been UNCW, Elon, Northeastern, Charleston, and then everyone else. The Dukes have to break through against these top teams in 2020, otherwise, another sixth place finish in the CAA and early exit in the postseason tournament is on the horizon.

Against Elon, the Dukes are 2-10 since 2016, 3-9 against both UNCW and Charleston, and 4-8 against Northeastern. Not very promising results against perpetual contenders.

UNCW will be very tough to beat in 2020, with IF Cole Weiss (.305 average, 21 extra-base hits) returning to the lineup and LHP Zarion Sharpe (3-3, 4.21 ERA, 61 K) taking the mound every weekend, but Elon lost a trio of high-profile MLB talents in Kyle Brnovich, Ty Adcock, and George Kirby and Charleston lost more offense than anyone in the conference (the strength of their team). Northeastern will continue to grind out wins within the conference, even if it isn’t pretty. If their young pitching staff executives, the Huskies could quickly become a CAA favorite this season.

With a number of big injuries now behind a key group of returning Dukes and a more experienced lineup prepared to take the field, we should see more offense in Harrisonburg this season.

Will it translate to more wins and deep run into the CAA tournament?

This team is deeper than in previous seasons, has fully bought into the changes the coaching staff has implemented and should open more eyes in 2020.