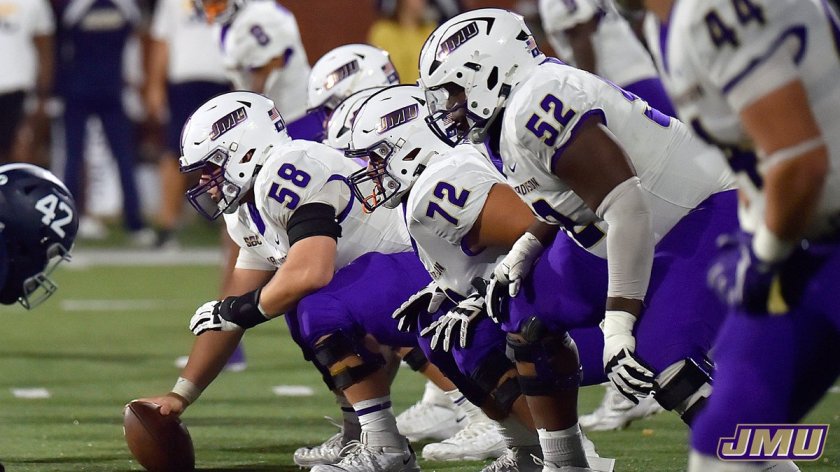 While the Dukes are no longer undefeated, they’re still 5-1. JMU football (theoretically) could win out and finish with 10 wins. If the Dukes win out in conference play, they’ll reach nine wins and finish the season an astounding 7-1 in Sun Belt action in Year 1 of their FBS era.

There’s a whole lot left to play for in a season where, quite frankly, there’s not that much to play for. This team can still have a tremendous season despite no opportunity to play for a Sun Belt title or in a bowl game. That’s impressive.

It won’t be easy to reach nine wins, though. The rest of the schedule features a road game with an ACC team and four games against Sun Belt East opponents. Texas State and Arkansas State were arguably the two easiest games on JMU’s conference schedule. The final four aren’t impossible, but they’ll present challenges.

So let’s go ahead and rank JMU’s final five games in order of difficulty. I’m counting down from easiest (No. 5) to hardest (No. 1).

The Panthers are 2-4, but not every 2-4 record is created equal. Georgia State has losses to South Carolina, North Carolina, and Coastal Carolina. Man, the Panthers hate playing the Carolinas.

A loss against Charlotte (from North Carolina) was bad, but they’ve won two in a row after their 2-4 start. Wins over Army and Georgia Southern aren’t half bad, either.

The Panthers lead the Sun Belt in rushing offense, which is great! But it feels like a tough way to beat JMU. With this game in Harrisonburg and Georgia State’s limited passing attack, the Dukes should be a double-digit favorite.

The Thundering Herd only have one win against an FBS team. Oddly, the win came at Notre Dame.

Marshall’s offense is in disarray, and JMU’s homecoming crowd should be electric. With the Dukes coming off a loss to Georgia Southern, I’d expect them to be fully locked in on getting back in the win column. Add in Marshall’s inability to pass (it’s the only SBC team averaging fewer than 200 passing yards per game), and I like JMU to win this weekend.

This game is meaningful on paper, but Marshall might end up missing a bowl game if it doesn’t figure out offensive fixes.

The Chanticleers’ quarterback, Grayson McCall, has a strong case to be Sun Belt Offensive Player of the Year. He’s tossed 18 touchdowns and just one interception, giving him 72 touchdown tosses compared to seven interceptions in his college career. He’s also completed just over 70% of his passes throughout his stellar career. Good lord.

While Coastal is far from a perfect team, as Saturday’s 49-21 home loss to Old Dominion showed, the Chanticleers are talented offensively. They’ll test JMU’s defense through the air, and Georgia Southern showed that’s the best way to attack the Dukes’ defense.

On the plus side for JMU, this game is at home, and Coastal Carolina’s defense has struggled. The team’s body of work this season is questionable, and the Dukes will likely be favored in this contest.

Old Dominion’s stats don’t wow you. They’re average or below average in seemingly every statistic, yet the Monarchs are really hard to put away. They forced a bunch of key turnovers in games against Virginia Tech and Virginia (beating the Hokies and losing to UVA by two), and they blew out Coastal Carolina last week.

While the numbers don’t make ODU out to be an elite team, head coach Ricky Rahne has taught the Monarchs how to win. They’re capable and arguably most dangerous with minimal expectations. ODU has a pair of outright wins as an underdog.

With this game being a road rivalry game, it figures to be challenging for JMU even if ODU isn’t the most talented team left on the Dukes’ Sun Belt schedule.

Louisville isn’t an elite ACC team, but the Cardinals are still an ACC team. Quarterback Malik Cunningham is a speedster (three games with 100+ rushing yards this year) and capable passer (8,700 career passing yards), making him an extremely challenging individual to stop.

Louisville is a perfect 2-0 against the Group of 5 this season, beating UCF 20-14 and demolishing USF 41-3. So while Louisville might not make a bowl game, they have ACC talent and they’re more dangerous than most Sun Belt teams on JMU’s schedule.

This game being on the road adds to the difficulty, although a bye week to prepare helps. I’m not expecting a JMU win in this spot, although the Dukes will stand a chance if they can limit Cunningham … within reason.