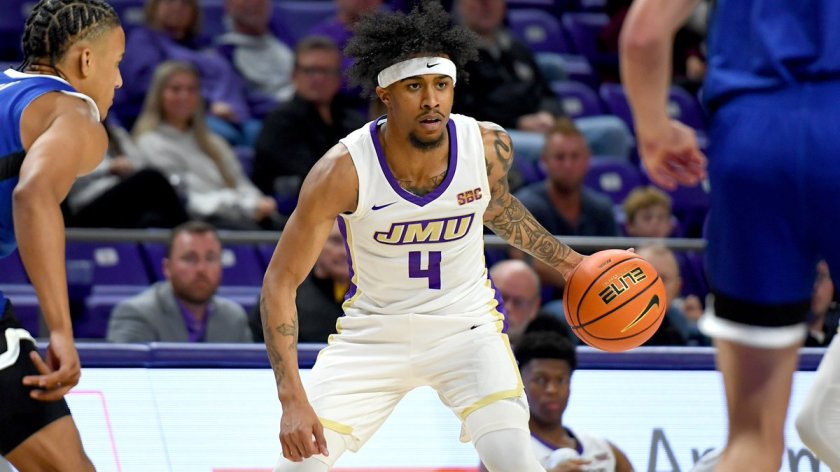 I ask myself this question every November and by March I’m usually a sad fan, but … is JMU men’s basketball good?

The Dukes are 4-0 and averaging 105.3 points per game. They’ve won every game by at least 26 points, including a road win against a decent Buffalo team. And no, the schedule of Valley Forge, Hampton, Buffalo, and Howard isn’t impressive, but the way the Dukes are playing is very impressive.

So are the Dukes good?

I’m inclined to say yes, but we’ll learn a lot more about this team Sunday when the Dukes play at North Carolina. The Tar Heels are the No. 1 team in the country, and they made the national title a season ago.

Editor’s note: Listen to our latest podcast, which touches on JMU men’s basketball’s success, by clicking this link.

The toughest test yet

Hot take: North Carolina has talent that Buffalo simply does not.

Armando Bacot is one of the best big men in the country, and JMU’s frequent post contributors aren’t can’t match his size. Bacot, 6’10” and 240 lbs, will have a size advantage in the post, and that’s a scary proposition given that he averaged 16 points and 13 rebounds a season ago. He’s a dominant force down low against 7-footers.

Oddly enough, he hasn’t dominated inferior foes to start this season. He was just 2-9 against Garnder-Webb and finished with nine rebounds. He’s yet to record 10 rebounds in a game this season. Still, his track record suggests he’s one of the best low-post players in the sport.

How will JMU’s experienced but slightly undersized bigs (Alonzo Sule, Justin Amadi, and Mezie Offurum) handle the test? The trio has been efficient on both ends to begin the season, but Carolina poses a much bigger challenge down low than JMU’s previous opponents, even if Bacot hasn’t performed to his own standards through three games.

Pete Nance, a Northwestern transfer who stands at 6’11”, gives the Tar Heels yet another gifted player with tremendous size. He’s a tough player to defend, given his ability to step out and shoot the 3.

At the guard position, Caleb Love is a streaky shooter for UNC, but he has NBA talent. He’s highly athletic and capable of leading his team to wins. RJ Davis is a fantastic guard as well, giving UNC a veteran scoring threat.

It’s easy to love UNC on paper, which is why the Tar Heels are No. 1 in the country. They haven’t looked the part through three games, though.

North Carolina opened with a 13-point win over UNCW, which was followed by a 16-point win over Charleston. The Tar Heels trailed at halftime of that win. Last time out, UNC beat Gardner-Webb by six points. None of those three squads are top-150 KenPom teams. JMU is up to No. 82 in the latest KenPom rankings.

UNC is JMU’s biggest test to date, but the Dukes are also North Carolina’s toughest opponent of the early season. JMU is deep and plays with brisk tempo. The Dukes can challenge North Carolina’s depth during the 40-minute game. They’re one of the most efficient shooting teams in the country, and they’ve played exceptional defense through four games.

The Dukes could be one of the better mid-major teams in the country. It’s still very early in the season, but there’s tremendous potential with this team.

Veteran guards Vado Morse and Noah Freidel are knock-down shooters with good handles and the ability to score from inside the 3-point line when defenders close out too aggressively. Takal Molson and Terrence Edwards are versatile guards who can score, pass, and defend. Xavier Brown is a talented freshman guard who works well as a backup point guard. Julien Wooden gives the team a well-rounded option on the wing, adding a solid option at small forward, even if he won’t draw many headlines.

Given UNC’s relatively slow start and JMU’s red-hot start, the Dukes stand a chance to pull the upset Sunday. KenPom has JMU as only a 12-point underdog. I wouldn’t consider a JMU win likely, but it feels much more possible than it did 10 days ago.

If UNC doesn’t break out of its funk, JMU has the talent and depth to make the Tar Heels pay for mistakes.