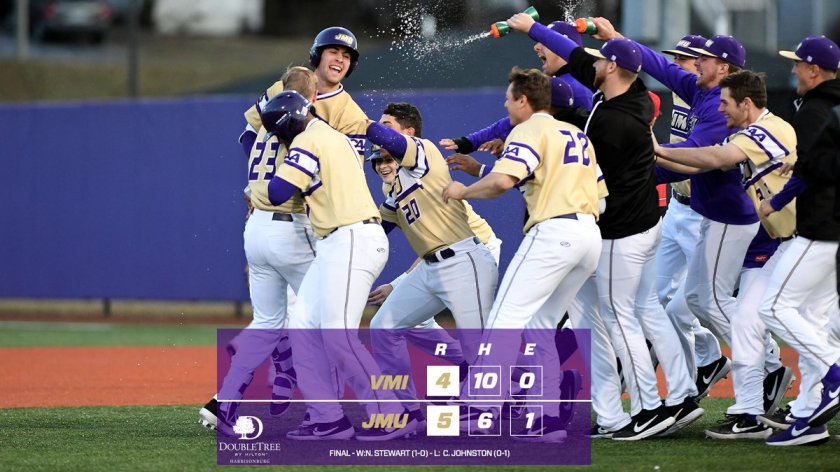 By Bennett Conlin (This was originally published in our newsletter)

Wacky win – JMU (7-1) entered the bottom of the ninth trailing VMI 4-3. What happened next was, well, weird. The Dukes scored two runs without recording a hit to win the game 5-4. VMI hit three batters, including the final two batters of the game, walked two guys and yielded a sacrifice bunt. It’s not every day you see a walk-off hit by pitch. The Dukes picked up the strange Tuesday win, which is important given this weekend’s test.

Louisville – Among the highest ranked teams in the country, No. 8 Louisville (5-3) welcomes JMU to town this weekend. The Cardinals have actually been a little shakier than expected through eight games. They just lost a Tuesday home game to Xavier, a team that’s just 2-5 on the season and didn’t look good at all prior to Tuesday’s upset.

So you’re saying there’s a chance? – I won’t add any predictions for the series, but yes, the Dukes have a chance to pull an upset or two this weekend, especially with how Louisville has looked through eight games. JMU is certainly the underdog, but I’m not so sure they’re as big an underdog as some might think.