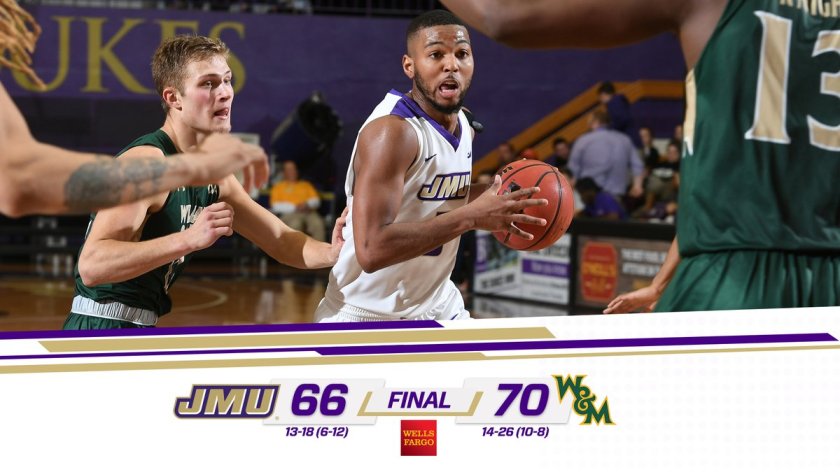 Start with a podcast – If you want our most detailed CAA tournament thoughts, check out our latest podcast.

Top contenders – No. 1 Hofstra, No. 2 Northeastern and No. 3 College of Charleston are without a doubt the favorites to win the tournament. There’s a large gap between these three squads and the other seven in the conference. The top three teams have a combined record of 68-24, while the bottom seven teams are 86-130. Outside of Hofstra, Northeastern and the College of Charleston, the CAA is a very weak league.

Middle ground – No. 4 William & Mary. The Tribe enter the CAA tournament as the conference’s hottest team, winning their final five games. While William & Mary doesn’t have quite the roster as the top-three teams, Nathan Knight is one of the league’s best players and the team appears to be playing its best basketball of late. A quarterfinal matchup with Delaware is winnable, and a potential semifinal date with Hofstra isn’t overly intimidating, especially given the Pride’s recent form and style of play.

Long shots – No. 5 Delaware, No. 6 Drexel, No. 7 Elon, No. 8 JMU, No. 9 Towson and No. 10 UNCW. Delaware and Drexel “earned” byes into the quarterfinals, so they hold the edge. Elon plays UNCW and JMU plays Towson in Saturday’s first round action. Of these teams, I’d be stunned to see any of them make the finals. Aside from Elon, which has won two straight games, every other team seeded fifth through 10th has a losing streak of at least two games.

JMU’s road – We’ll include the bracket below for visualization purposes. Even with the image, it’s hard to picture JMU making it past the CAA quarterfinals. JMU split matchups with Towson and Hofstra in the regular season. The Dukes are better than the Tigers on paper, but top-seeded Hofstra is a better overall team than JMU.

No Darius Banks – To make matters worse, JMU is likely without sophomore wing Darius Banks for the entire tournament. Given the team’s recent showings, that might mean Banks only misses one game. He’s out with a hand injury for those curious about the details.

Worst-case scenario: Let’s start with the worst case and finish with the best possible outcome because we’re optimists here at JMU Sports News. The worst-case scenario for JMU is a first-round loss to Towson. Even if JMU keeps it close, losing in the first round is a bad look. Of course a blowout might look a bit worse than a five-point loss, but a close loss in the first round of the CAA tournament is like putting makeup on a pig: It’s still ugly.

Realistic scenario: JMU doesn’t advance past the CAA quarterfinals. JMU’s game against Towson is more or less a toss up, but the potential quarterfinal bout with Hofstra won’t be easy. I have no idea if JMU will beat Towson, but it’s unlikely the Dukes win two games in this tournament. The realistic scenario is a close game against Towson and a loss against Hofstra if the Dukes survive the Tigers in round one.

Best-case scenario: The Dukes catch fire. Darius Banks finds some sort of healing lotion to cure his injured hand and he plays the whole tournament. The team meets its potential and thrills JMU fans across a magical four-day victory parade. JMU earns an NCAA tournament berth and a play-in game against a fellow 16 seed.

This is a long shot. On the other hand, the matchup against Towson is winnable, and the Dukes wouldn’t have to face Northeastern or the College of Charleston until the finals. Hofstra is tough, but it can be argued the Huskies and Cougars are actually playing better than the Pride. As far as the long shot teams go, JMU is one of the better picks. With that being said, none of the long shot teams are good picks.

So … you’re saying there’s a chance? – Not really, especially without Banks, but we’re willing to change our stance if the Dukes are still playing by the time Monday’s newsletter rolls around.

What to watch for from JMU – Energy levels. How will the Dukes react to losing Banks and scuffling in the final two games of the season? If they come out fired up against Towson, they can win without Banks. If they come out ready for their season to end, it’s going to result in a 13-19 season and another disappointing finish. JMU isn’t expected to make much noise this weekend, but will the players listen to the outside expectations or will they try to save their season?