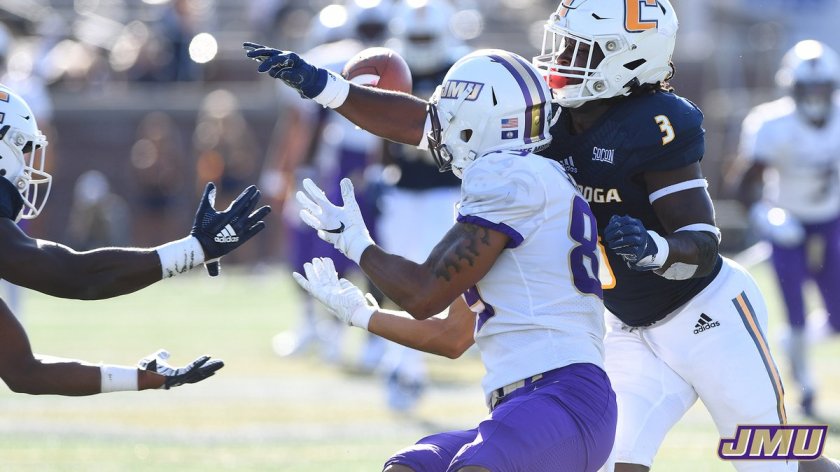 Saturday represents JMU football’s biggest FCS test of the 2019 season. After playing a pair of cupcakes and a lackluster Chattanooga squad, the Dukes open CAA play with a challenging road game against Elon. It’s a critical game for JMU as it looks to win the CAA and make a deep playoff run.

Elon enters the game 2-2 and 1-0 in the CAA. While the Phoenix don’t look like a national title threat, they’re very much in the playoff picture. It’s a good test for JMU, and it comes against Curt Cignetti’s former team. There are storylines galore, and it should be an exciting matchup that draws attention from everyone in FCS circles.

As we mentioned, Cignetti returns to play his former team for the first time. Last year, Cignetti led the Phoenix to a win over JMU in Bridgeforth Stadium.

Both sides enter this matchup excited. Elon wants to prove its among the CAA’s best by beating its former coach who left for a conference opponent. JMU seeks revenge after losing to Elon last year. Expect an intense game.

The team that is able to best manage its emotions and remain level headed will have the best chance of winning. There’s something to be said for playing passionately, but the Dukes need to stay focused on what it takes to beat Elon. JMU needs to limit turnovers, put pressure on Davis Cheek and run the ball.

While emotions are sure to play a role in this one, it’s important that the Dukes don’t overthink the basics. The same can be said for Elon. If the Phoenix play sound defense and give Cheek time in the pocket, they can win.

It’s going to be an emotional game, but the team that can most effectively put those emotions to the side and start executing quickly will emerge victorious.

Nobody questions that Elon quarterback Davis Cheek is a quality starter. He’s one of the better CAA signal callers, but he hasn’t quite reached his full potential this season. His stats against Wake Forest didn’t help his cause, but he’s completing fewer than 60% of his passes and he’s yet to surpass 235 yards through the air.

Cheek has played well against FCS foes, but a 220-yard performance for a touchdown isn’t going to beat this 2019 version of JMU. These two teams are wildly different than last season, which people seem to forget.

Elon has allowed at least 20 points in every game this season, and its rushing offense looks weak. The Phoenix average an abysmal 3.4 yards per carry this year.

Last season’s team beat JMU with solid defense and a fantastic rushing attack. Elon doesn’t have that this year, and the Dukes lead the CAA in rushing defense, allowing just 2.4 yards per carry.

For Elon to stand any chance Saturday, Davis Cheek needs to bring his A game. He threw for nearly 300 yards last season in Elon’s win over the Dukes, but the entire team relied heavily on the rushing effort of Malcolm Summers. With Summers graduated, the Phoenix don’t have a dominant back.

Elon isn’t the same team it was last year. The Phoenix were one of the better teams in the country until Summers and Cheek suffered injuries. JMU faced Elon when it was at full strength and it learned the hard way just how capable the Phoenix were in 2018.

This is a different season, however, and Elon doesn’t possess the same firepower. The team’s best chance at beating JMU is Davis Cheek.

If the junior quarterback outplays JMU’s Ben DiNucci, Elon has a chance. If Cheek doesn’t shine, Elon might get blown out.

JMU goes through inconsistent red-zone spurts. The Dukes are 20-22 in the red zone this season, but only 14 of those 22 chances turned into touchdowns. That’s a rate the Dukes would like to see higher. Considering they played a few weak FCS nonconference foes, that number is borderline alarming.

Elon, on the other hand, has been incredibly effective in the red zone this season. Despite only having 10 red-zone trips, the Phoenix are 9-10 in the area with all nine of the scores being touchdowns. Through four games, Elon’s offense owns the red zone.

If JMU settles for field goals, the Phoenix don’t need to play their best game to have a chance to win. In large part due to Cheek’s decision-making ability, Elon excels inside the 20.

JMU has the pieces to dominate Elon on Saturday, but the Dukes can’t fall into their usual trap of settling for short field goals. If they do, Elon has shown the ability to post a few touchdown drives per game against FCS teams this season.

Luckily for JMU, Elon struggles when it comes to red-zone defense. The Phoenix have allowed 13 TDs in 15 red-zone possessions this year. JMU shouldn’t settle for field goals in this game. If the Dukes can convert promising drives into touchdowns, they should take care of business Saturday.

JMU is a better team on paper, and there are a number of stats that suggest the Dukes should win this game by double digits. On the other hand, the Dukes haven’t performed up to their standards in big games since the start of last season, and Davis Cheek is one of the better CAA quarterbacks.

Regardless of Cheek’s ability, he’s yet to see an FCS defense like JMU’s this season. He struggled mightily against an above average FBS team in Wake Forest, and I don’t see him putting together a great game against a strong JMU defense.

Elon will post a few scoring drives, but it won’t consistently move the ball. Look for Ben DiNucci and company to take advantage of a porous Elon defense en route to a double-digit road victory.