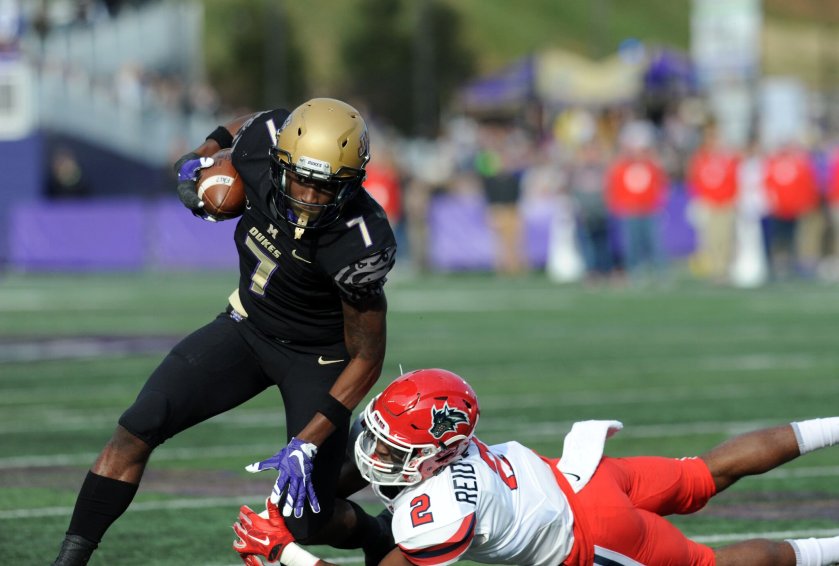 The XFL, a new football league beginning in 2020, announced the first rounds of players available in its upcoming draft. The list includes three JMU Dukes.

With the draft scheduled for Tuesday, all of the draft-eligible player names will become available by this Friday.

So far, the three JMU players in the draft are Vad Lee, Khalid Abudllah and Terrence Alls. All three Dukes are offensive players.

Lee and Abdullah have both played in Your Call Football, and Lee drew rave reviews from coaches and scouts during an XFL showcase earlier this season. His athleticism at the quarterback position makes him an enticing prospect for most teams.

Former JMU head coach Mickey Matthews also has ties to the XFL, as he’s serving as the linebackers coach for the Dallas Renegades.