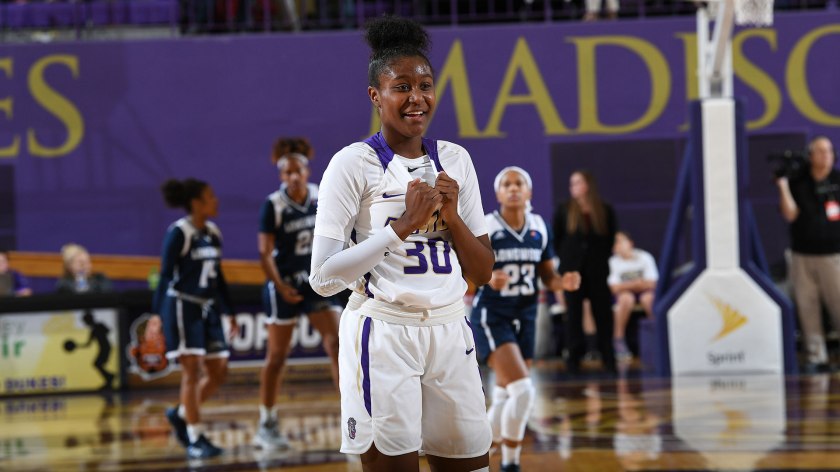 Kiki Jefferson may be the best freshman we have seen come through the ranks of JMU women’s basketball since, well, her teammate Kamiah Smalls.

Since Jefferson has found her way into the starting lineup fulltime on Dec. 17, she has been racking up the accolades and the stats. She averages 8.9 points per game on 41.7 percent shooting from the floor, and she also pulls down 5.8 rebounds per game. Now, while those numbers might not jump off the page she has stepped into a starting lineup that boasts three seniors in Smalls, Lexi Barrier, Kayla Cooper-Williams (Devon Merritt as of late due to Cooper-Williams’ injury) and Jackie Benitez. All of which are legit scoring threats and offensive weapons and Jefferson has scored in double digits in her last three games and is making a real mark.

JMU women’s basketball is full of greatness. From the likes of Smalls, Precious Hall, Kirby Burkholder, Dawn Evans, Tamera Young, Lauren Okafor and Jazmon Gwathmey just to name a few. (I know these are all more on the recent side, but bear with me.)

I want to know, how does Kiki stack up? In the world of sports, it is all about comparison. All of these players were great during that time at JMU, and all of them have etched their names into the history books. I just, for my selfish reasons, want to see how Jefferson stacks up. And I thought why not share it here so people can see as well.