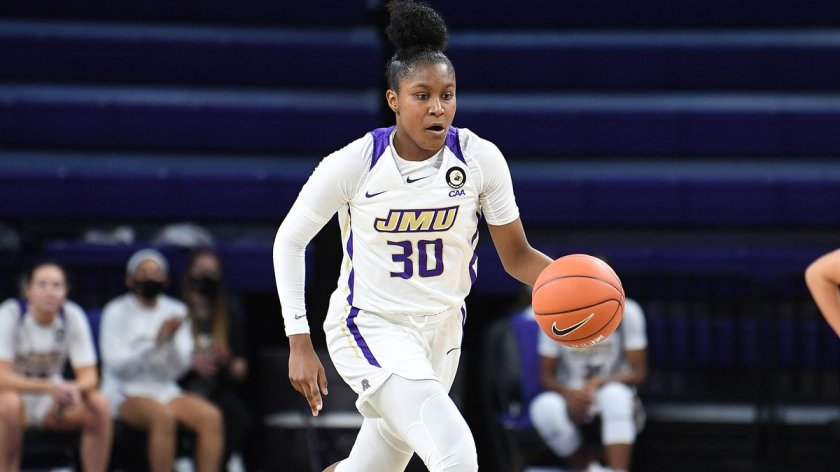 Sean O’Regan’s team trailed Buffalo 57-24 at halftime of its second game. It was clear JMU’s young team needed to develop on both ends of the court.

After losing to Buffalo 80-64, the Dukes have shown remarkable improvement in the games since.

JMU women’s basketball sits at 4-1 on the season with consecutive victories over UVA, George Mason and George Washington.

The wins haven’t been perfect, JMU still goes through stretches where it looks like a young team (because it is), but the Dukes are legit and fans should be excited about what they’ve seen through five games.

The Dukes are absurdly young and extremely talented, making them ideal for this season altered by COVID-19. If games are missed or players need to miss time, it’s OK. This group won’t reach its peak this season.

Jefferson is the team’s star, and she’s just a sophomore. The aforementioned Hazell and McDaniel are freshmen. Steph Ouderkirk, a local Virginia product, is a freshman already contributing. Rayne Tucker, an important piece at forward, is a sophomore.

There are important veteran players such as Madison Green, Brianna Tinsley and Anne Diouf, but only Diouf and graduate transfer Morgan Smith are seniors. All players can also utilize an extra year of eligibility if they choose.

Regardless of how the roster shakes out in future seasons, the 4-1 Dukes possess an abundance of young talent. This team should only get better in future years.

Every game this season should be viewed as a bonus. It’s hard to play in a pandemic, as evidenced by the men’s team missing most of its nonconference schedule due to COVID-19 concerns.

The men’s team lost a game against Maryland due to the virus. The women’s team just added Maryland to its schedule for Dec. 19, according to the Daily News-Record’s Shane Mettlen.

After months of no JMU sports, fans are greeted with a women’s basketball team that’s a joy to watch and finds ways to test itself with quality opponents.

Juniors Jaylin Carodine, Eleanore Marciszewski and Nikki Oppenheimer don’t play much despite tremendous upside and the ability to contritibute. Those players being depth pieces speaks to the talent of the roster. Thus far, it seems like the juniors have embraced those roles, providing valuable leadership and quality minutes when called upon.

With so much young talent, the Dukes look the part of a CAA title threat. Imagine what the team could be next season with Jefferson as a junior. Imagine Jefferson’s senior season, with McDaniel and Hazell both also playing at an all-conference level.

Sean O’Regan’s team is special, and they’ll have chances to show it in coming games. West Virginia waits on Sunday, and the Dukes face Maryland on Dec. 19.

After that, the CAA must face the budding juggernaut from Harrisonburg.

The schedule might (likely) won’t go on perfectly as planned. But whatever happens, it’s a delight to have JMU sports back. And this women’s basketball team was worth the wait.