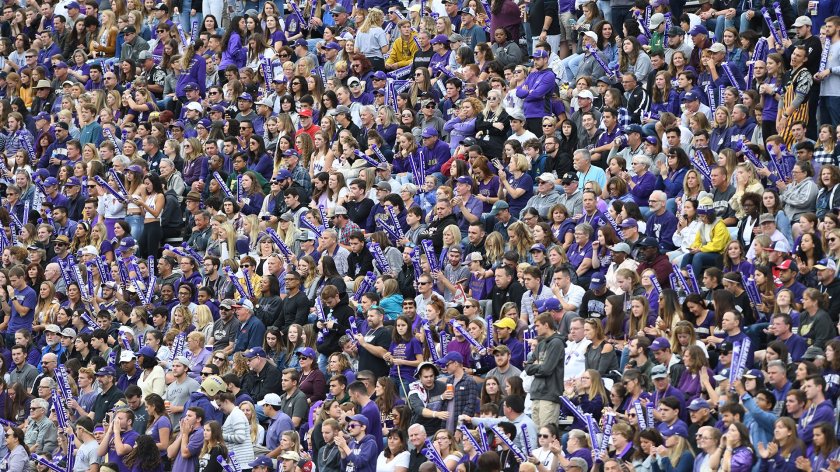 Football is better in the fall.

Nothing against the spring FCS season, but JMU preparing for a September season opener just feels right. Playing a familiar face in Morehead State also puts me at ease.

Nobody expects Morehead State to keep the game close Saturday, as there’s a major scholarship and talent differential between JMU and the Eagles. As much as I enjoy JMU opening the season with a shot at an FBS team, I’m pleased with this opening matchup.

Saturday figures to be a celebration of JMU football.

After the 2020 fall season was bumped to the spring and very few people were allowed to attend games in the spring, Saturday represents a return to some level of normalcy.

Greg Madia reported that JMU expects more than 20,000 fans in the stadium, which means JMU sophomores and freshmen can receive their first taste of the Bridgeforth Stadium experience. It’s a beautiful venue, and Saturday’s weather forecast looks perfect.

I’m excited for JMU’s home-field advantage to return, and I’m amped for JMU supporters to be able to see the Dukes from the bleachers with a cold beverage in hand.

Saturday’s game likely won’t be close. Students will likely head for the exits at halftime. Gosh, it’s been far too long since JMU fans have complained on Twitter about fans leaving at halftime.

College football’s product isn’t nearly as good as the NFL’s. The players are earlier in their careers, and most of them don’t play at the next level. Fans and traditions make the sport special.

How many points will JMU score?

The Dukes are a national title contender, while the Eagles are a non-scholarship program. The question entering Saturday isn’t whether the Dukes will win, but rather what the margin of victory will be.

It’s worth noting that the Dukes have only scored 17 fourth-quarter points in those three wins. Understandably, the coaching staff often calls off the dogs in the blowout victories, even though they dropped 80 in a 2016 win.

We expect JMU to start fast, likely scoring a couple times in the first quarter and leading by three or more touchdowns at halftime. By the time the final 15 minutes roll around, the Dukes will likely be playing fourth-string performers at some positions.

In a game with blowout potential, I’m most excited to see players lower on the depth chart.

Yes, I want to see starters like defensive tackle Mike Greene and wide receiver Antwane Wells Jr. make plays, but those guys are expected to be great. Who are the up-and-coming players who might make an impact Saturday?

I’ll keep a close eye on the running back position. Austin Douglas and Latrele Palmer should receive a decent amount of carries, and they’re both dynamic talents. They could post impressive stat lines.

Could we see Billy Atkins at quarterback? Coaches are confident in Cole Johnson as the starter, but there’s inexperience behind the sixth-year senior. Atkins, a freshman, has potential. He could be the future of the quarterback position.

Defensively, I’m interested in the defensive line. Greene doesn’t need to play much Saturday, but other options like Zaid Hamdan, Tony Thurston and Antonio Colclough should be fun to watch along the defensive front.

Most of all, I’m just excited for JMU football to return. I love college football, and it’s good to have the Dukes back competing during the fall.